In the past two years, everything has changed for me.

I started working for a game-changing mental health student club called Active Minds, and, more recently, I was absolutely blessed with the opportunity to become the new Editor-in-Chief of the Refuat HaNefesh blog. By publicly establishing myself as an unwavering mental health advocate, I’ve had friends, some close and some distant, open up to me about their struggles. As such, I’ve been exposed to a whole new world of pain and of hope, of struggles and of triumph.

From all of this, I’ve seen a lot of pain.

I have seen friends whose addiction to alcohol and drugs is literally ruining their lives and destroying their futures.

I’ve had friends burst out in tears as they told me how their social anxiety prevented them from being an NCSY advisor and living out their dreams to inspire others.

I’ve been told stories from friends about family members who are bipolar and the struggles that they and their loved ones go through all the time.

I was approached by a kid in one of my classes from last semester, and he told me about how he frequently had intense yet practically unnoticeable panic attacks right in the middle of class.

I’ve heard about people who I go to school with who are battling thoughts about suicide, and some who’ve attempted it (unsuccessfully, thank G-d).

I learned about a friend of mine from school, someone who I saw and talked to almost every day, was secretly battling depression.

And, to top it off, someone I was solid friends with but not super-close, a person who I had viewed as always confident and in control, opened up to me last year about how he had just started taking medication for suicidal thoughts and anxiety. 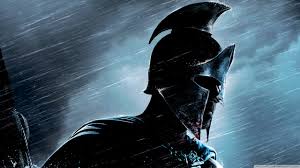 Who Are These People?

But what surprises me the most, the thing that really shocks me is not how these people are different from everyone else, but how they’re the same.

Many of these people are student club presidents, honors students, youth advisors, and camp counselors. They play basketball in the gym, hang out in the lounges, and tag people in “The Office” memes on Facebook. Some have high-level, full-time jobs. Many of them are dating, and some are happily married. And all of them, without exception, are true inspirations.

I look at all these people and the whole lives they live despite whatever emptiness they may feel inside, and I can’t help but just shake my head in disbelief. How do they do it? How do they overcome so much and live such positive, hopeful lives?

In every area of life, overcoming adversity rightfully earns you a badge of honor and labels you as an inspiration to all and a symbol of hope. Whether it’s an athlete returning from a horrific injury, a person with special needs being a crucial, lovable member of society, or a young mother battling cancer, these people are the heroes in our lives who inspire us to dream and give us the strength to face our own challenges. They are, in every sense of the word, the living, breathing, and true embodiment of the word “warrior.”

Yet, when it comes to mental health struggles, something so common and real that it affects millions and millions of people directly and even more people indirectly, these people don’t get badges of honor; they get badges of shame. Some are shunned and some are ridiculed. Some are misunderstood and some are called weak. Some, if not most, struggle in silence, so deathly afraid of what society will think of them.

These are the same people, as I mentioned above, who accomplish so much despite having control of so little. The people who overcome unimaginable difficulties and go to battle every single day. The people who don’t focus on what holds them back, but rather what springs them forward. The people who fight, and fight, and won’t ever stop fighting.

Society tries to tell these people that if they have a mental illness, they’re weirdos.

Please click here to read other pieces pertaining to stigma

MAKE YOUR DIFFERENCE: CLICK HERE TO SUBMIT A PIECE TO OUR BLOG

Akiva Clair
Akiva, Refuat Hanefesh's lead editor, is a senior at Yeshiva University studying marketing and writing. He is involved in several extracurricular activities. Among them are managing the Yeshiva College social media accounts, writing for the student newspaper’s business section, and handling the marketing efforts of SOY (Student Organization of Yeshiva), one of Yeshiva University’s branches of student council. His proudest extracurricular achievement is serving as the Wilf Campus President of Active Minds.

2 Comments on “Warriors, Not Weirdos: Changing The Way We View Mental Illness”